The Census Bureau released the July 1, 2018 population estimates at the national and state levels today. The Arkansas population surpassed 3,000,000 for the first time in 2017 and continued to grow in the latest estimates. In the last year the Arkansas population grew by 0.4 percent which was not far behind the pace of the United States population, which grew by 0.6 percent. Nevada and Idaho experienced a 2.1 percent increase and were the fastest-growing states in the country. 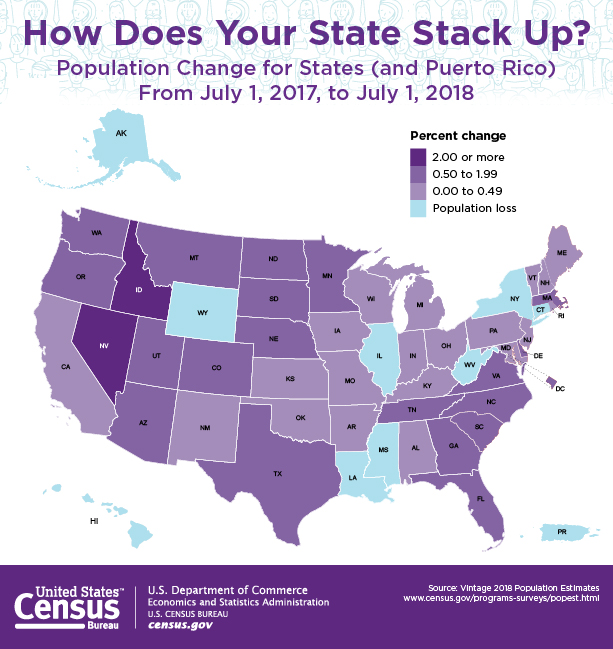 The table below shows the annual estimates of the resident population for the United States and Arkansas from April 1, 2010 to July 1, 2018.

Arkansas grew by 3.4 percent since the 2010 Census and ranked 29th out of the 50 states and D.C. Utah and Texas were the fastest-growing states while three states lost population during this time period. 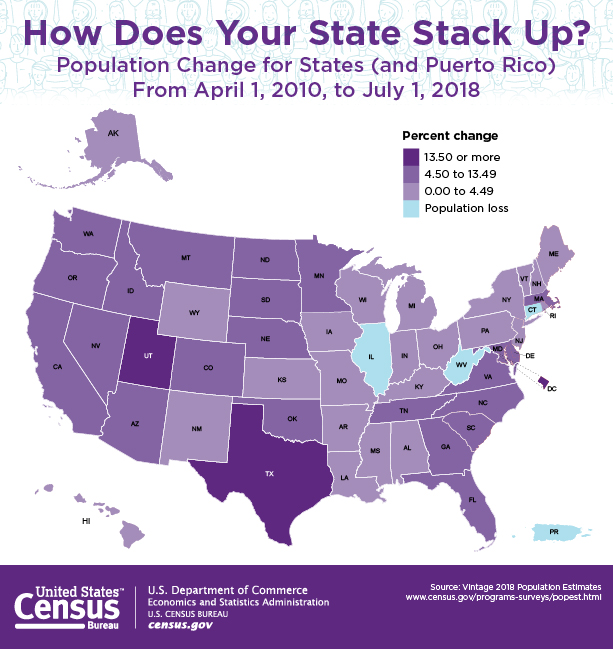 The Census Bureau’s Population Estimates Program (PEP) produces estimates of the population for the United States, states, metropolitan and micropolitan statistical areas, counties, cities, towns, as well as for Puerto Rico and its municipios.