Since mid-March, the United States Census Bureau has received 2020 Census forms from nearly 120 million households nationwide and has published information on the percentage of households that have self-responded on-line, by phone, or through the mail. These numbers are updated daily to help the Census Bureau and local groups ensure a complete count of people living in the United States as of April 1, 2020. 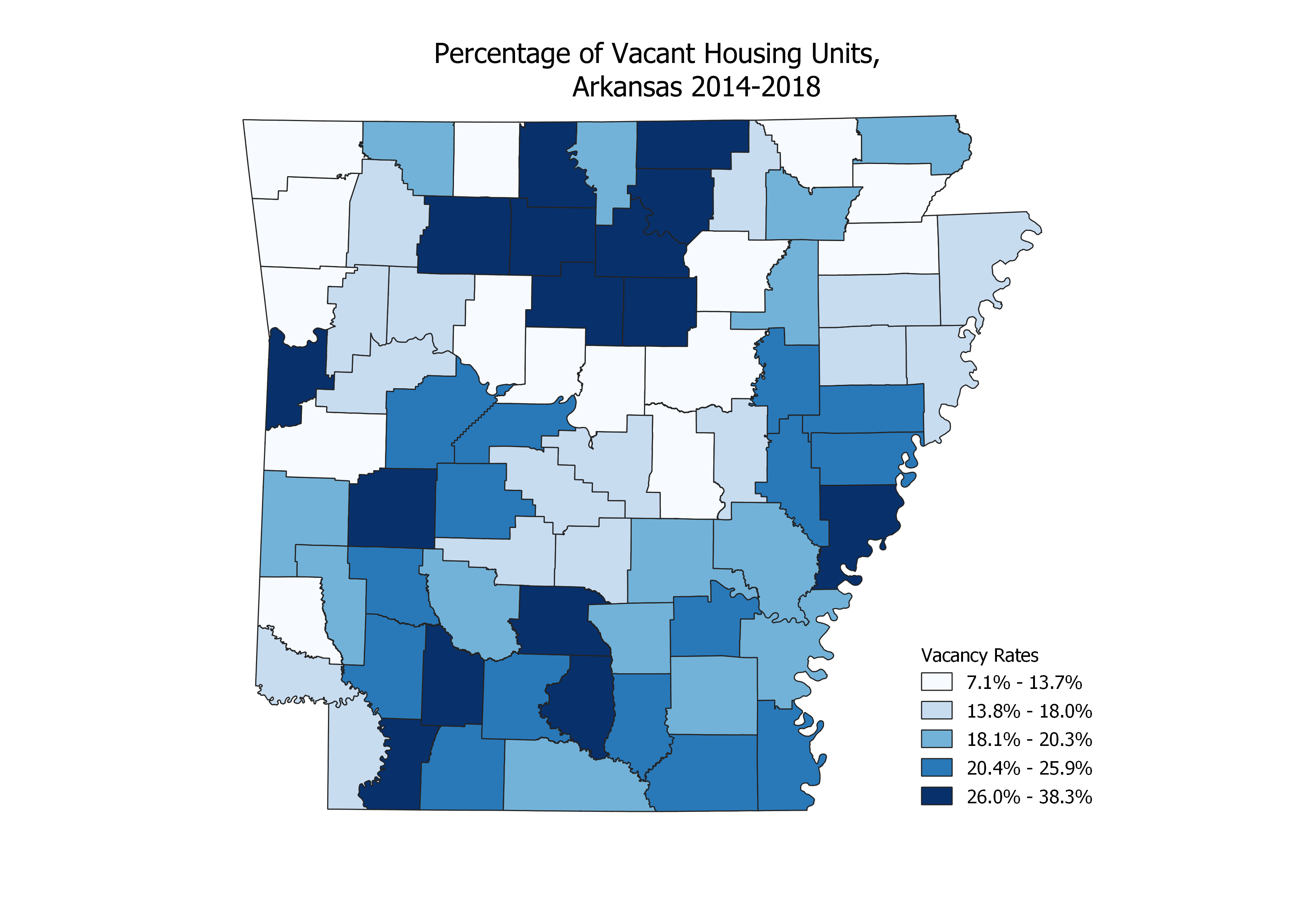 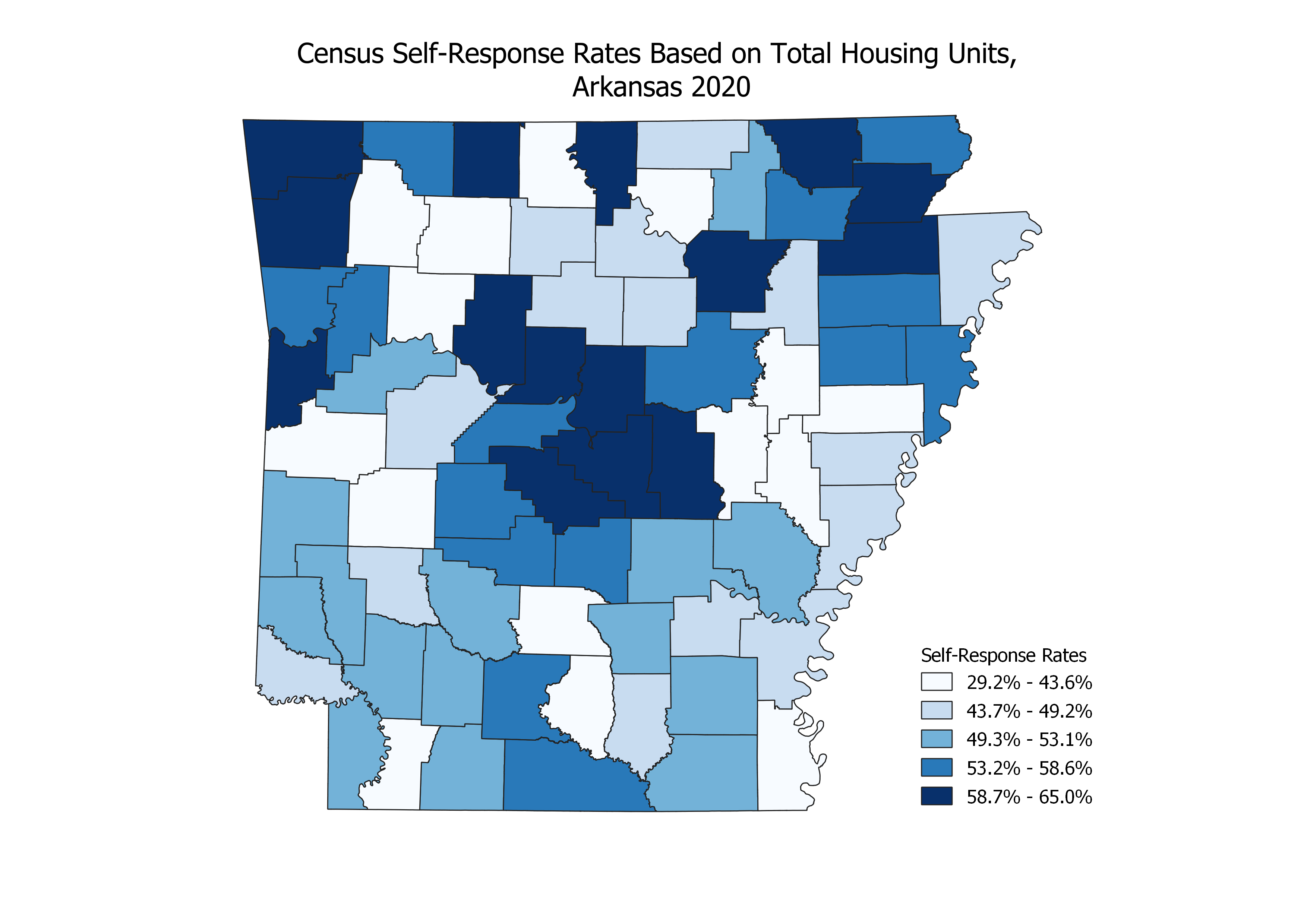 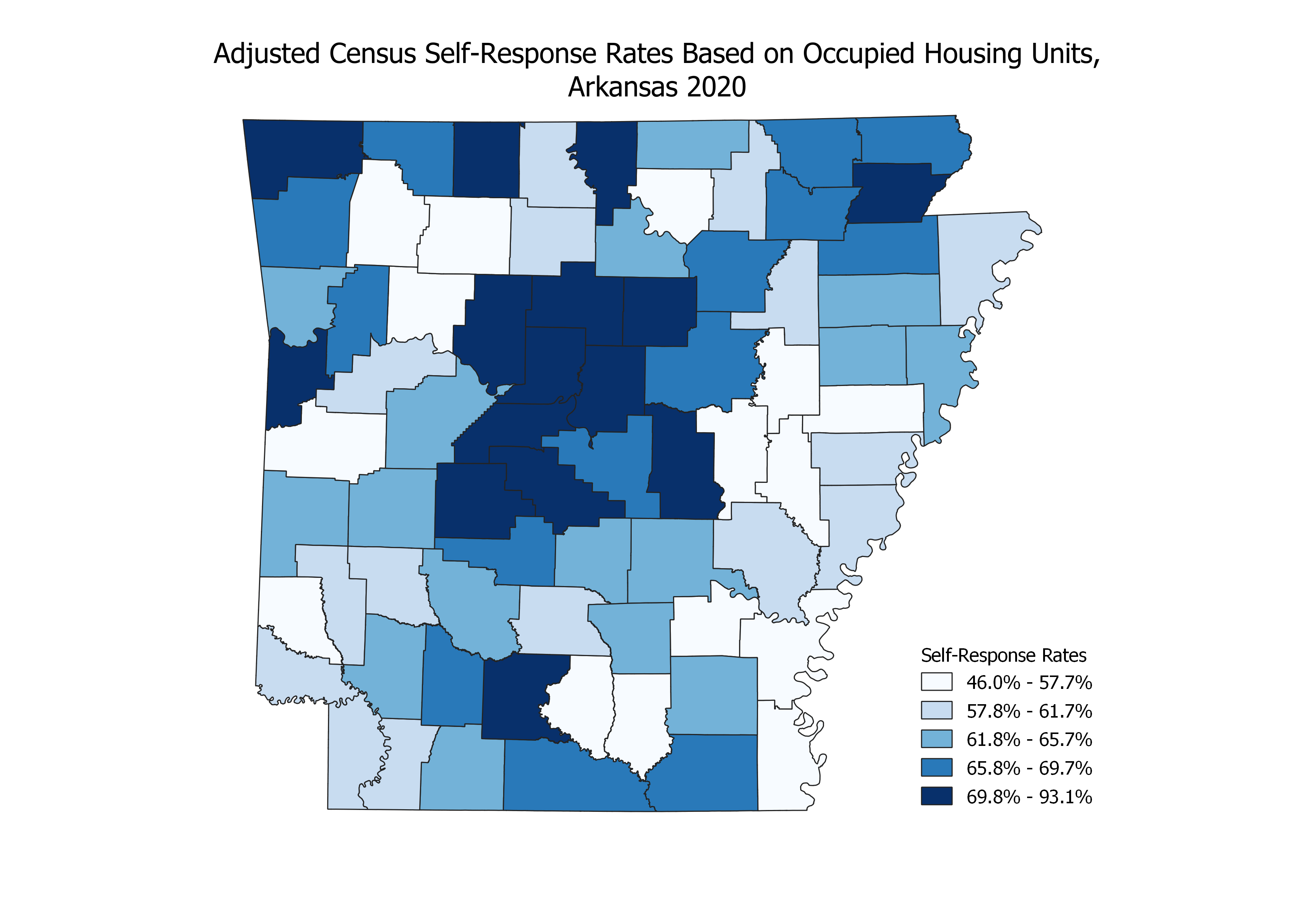 Image 3 shows Arkansas’s self-response rate based on occupied housing units alone. This alteration increases the state self-response by nine percentage points to 65.8%. It also significantly alters county-wide self-reporting rates, jumping the county with the lowest rate from 29.3% to 46% and the highest from 61.9% to 93.1%.

While the percentages for many counties change drastically, the map looks much the same. The highest response rates are now concentrated around Pulaski County and north-central Arkansas, while the Northwestern and Northeastern parts of the state continue to have high response rates. Individual counties like Cleburne experienced a dramatic change, shifting from a self-response rate of 49.1% to 73.4%, Cleburne County went from 46 among 75 counties to the fourth highest response rate in the state.

Similarly, Van Buren increased its response rate from 46.1% to 70.2% and went from 54 to 12 in the county rankings. An additional 13 other counties also moved up at least ten spots, and Sebastian County, when its response rate is calculated on occupied housing, changes from 61.9% to 93.1% and achieves the state’s highest self-response rate.