Following the example of a recent article from Pew Research, we will compare some of Arkansas demographics with those of the United States as a whole in two ways. In this first post we will only be using the estimated data for the 2013-2017 period and in the second we will compare them across various points in time. The data we will look are how the Millennial population compares to the Baby Boomer one, the racial distribution, how many children live in married households and how many live with unmarried partners, and what the percentage of population that is foreign born and where they are from. 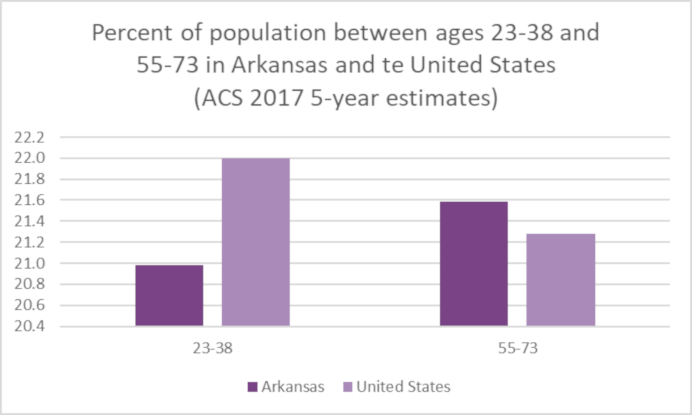 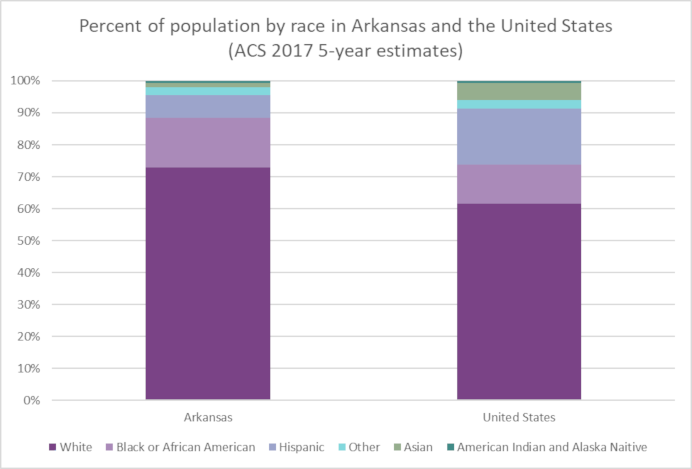 Looking at both racial and ethnic identity, Arkansas differs slightly from the U.S. as a whole. The White population still has the largest share, but is 10 percentage points larger in Arkansas. People who identify as Black or from African descent hold a similar share of the population at 15.4% in Arkansas and 12.3% in the United States. The Hispanics and Asians populations in Arkansas are roughly 60% and 75% lower than in the rest of country. 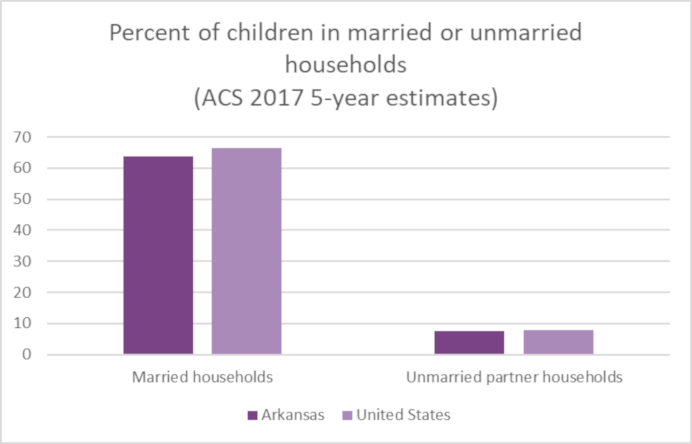 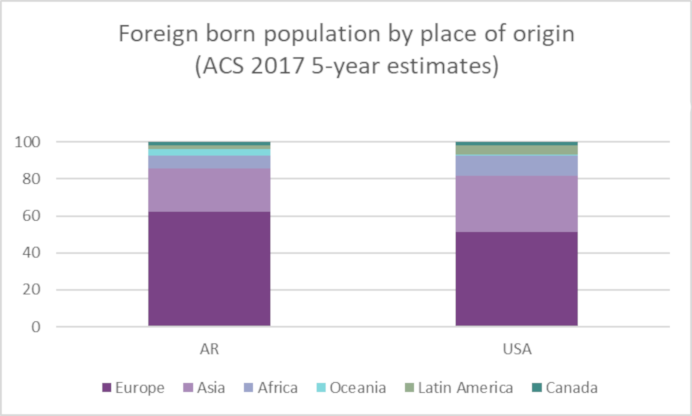 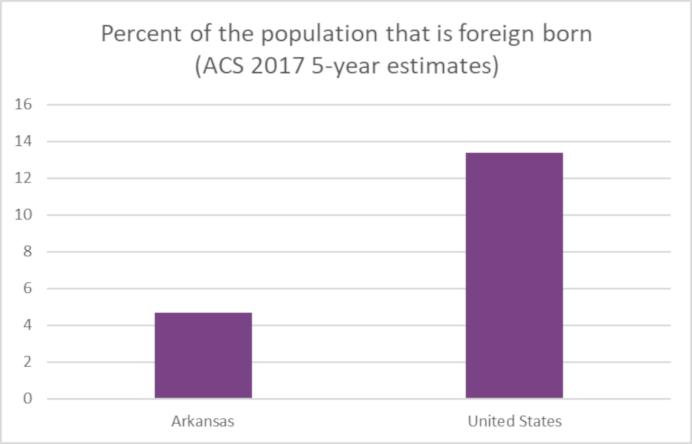 Around 13% of the population in the United States are people that were born in another country. This migration is composed mostly of people from Latin American (51.2%) or Asian (30.5%) origin. Foreign born people account for only 4.7% of the population, similarly to the nation this group is mainly people from Latin America and Asia, with 62.0% and 23.7% respectively.