The U.S. Census Bureau released the first data from the 2020 Census last month. This information, delayed due to the COVID-19 pandemic, includes state totals for apportioning the 435 seats in the House of Representatives and is typically delivered to the President by December 31 of the Census year. 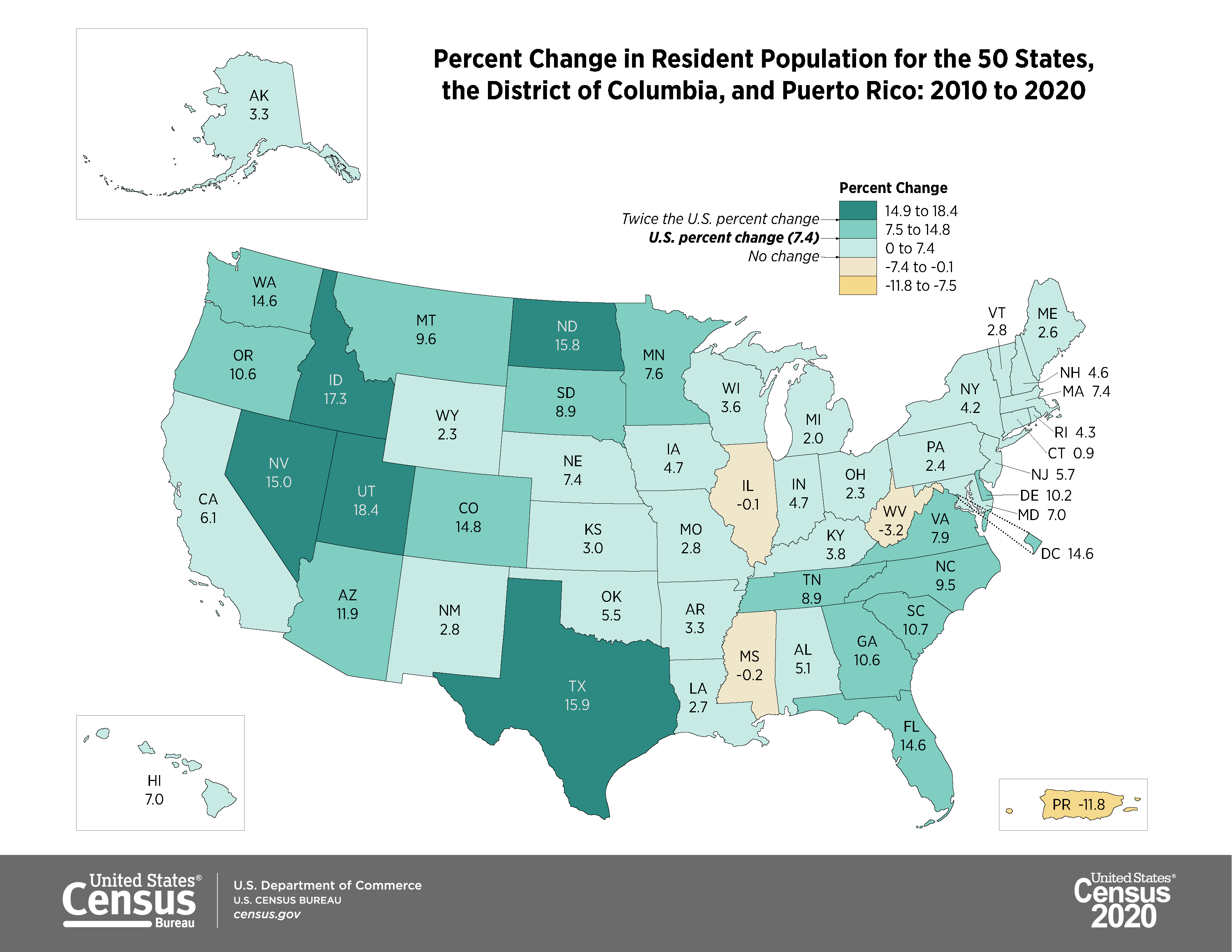 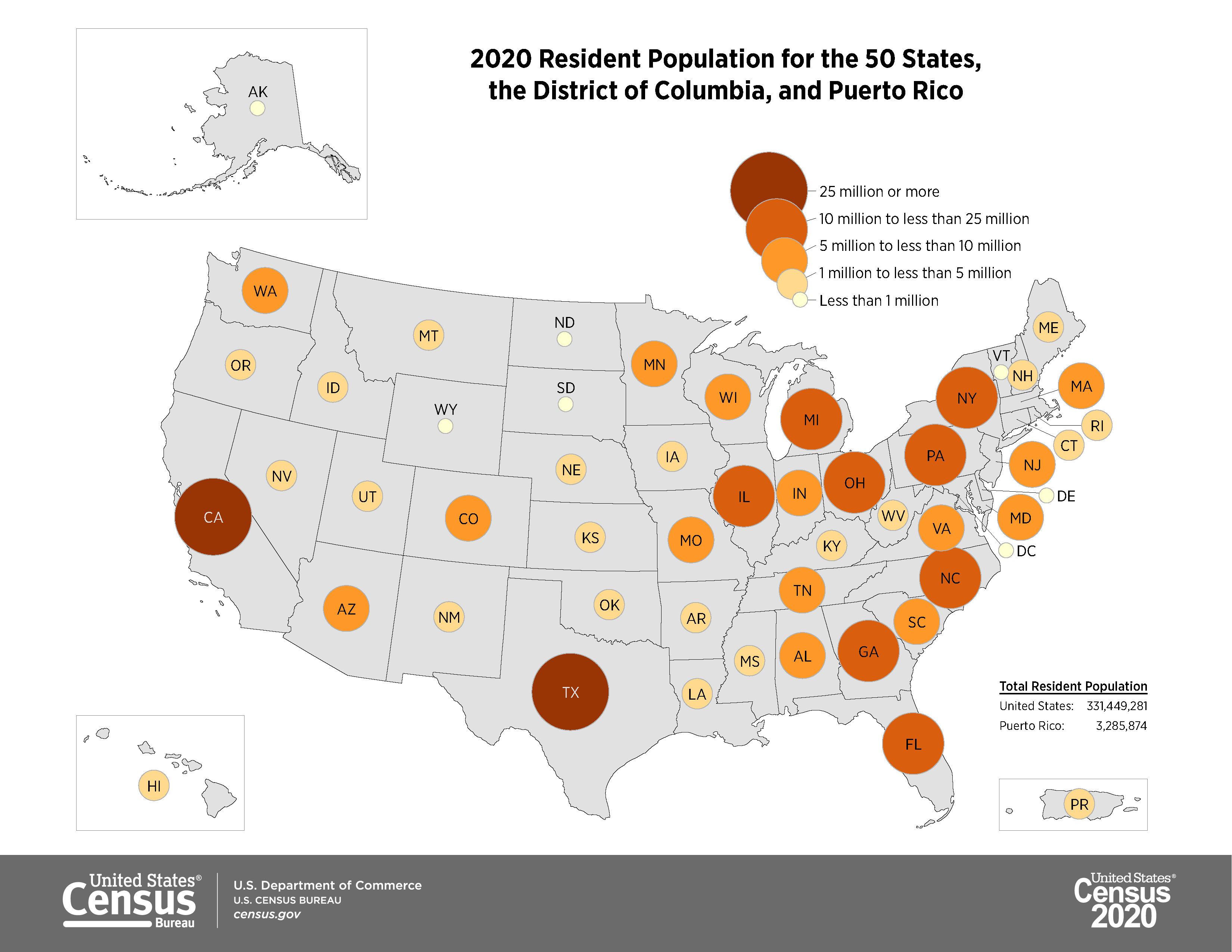 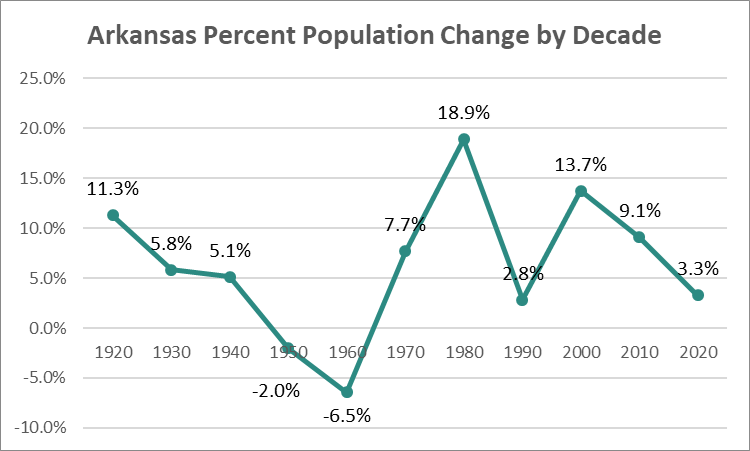 Based on the 2020 apportionment counts, Arkansas will maintain the four seats in the U.S. House of Representatives it has held since 1960. In 1940, the state had seven Congressional seats but dropped to four after losing population two decades in a row. Figure 4 shows that in the 2020 Census seven states lost one seat (California, Illinois, Michigan, New York, Ohio, Pennsylvania, and West Virginia). Five states gained one seat (Colorado, Florida, North Carolina, Montana, Oregon), and Texas gained two. 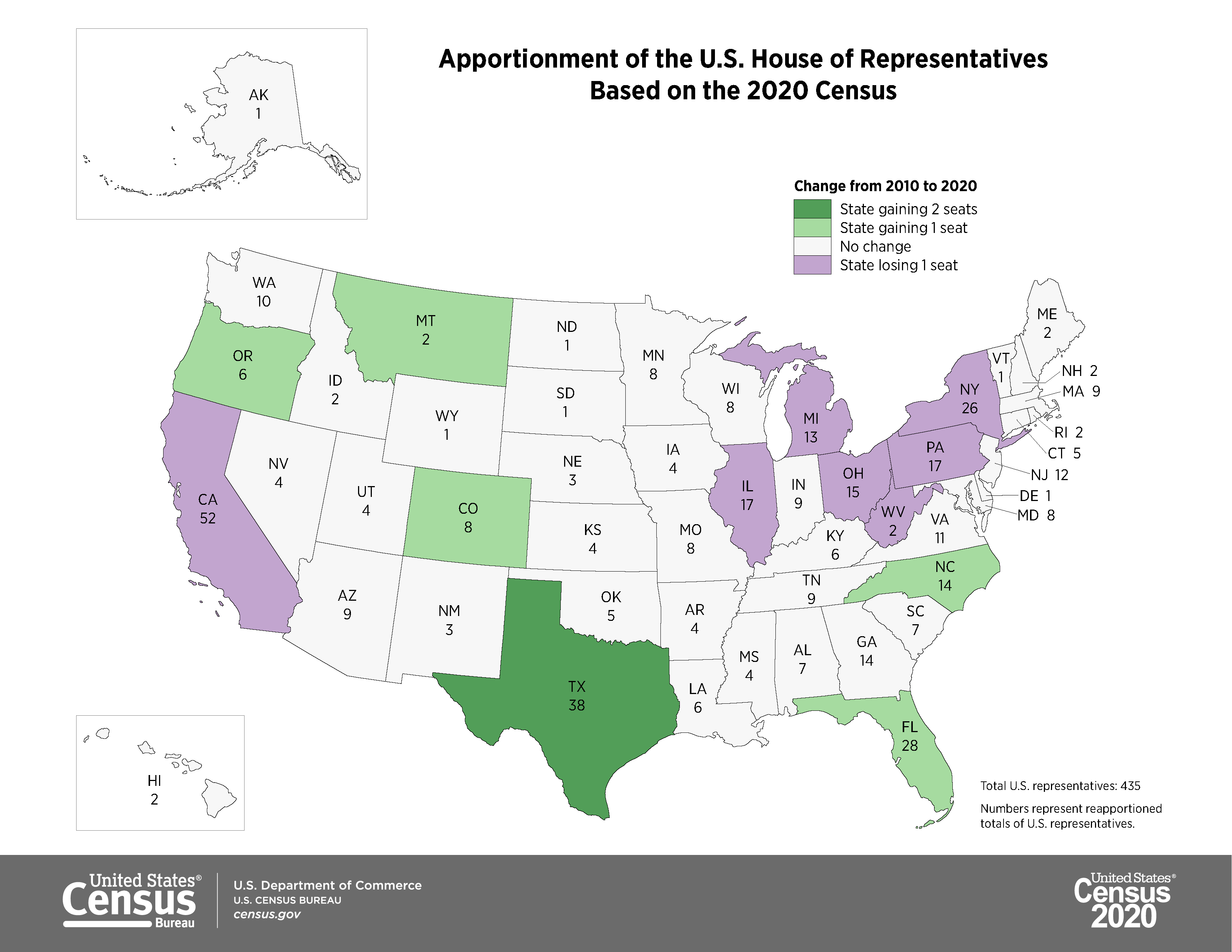 Although apportionment counts determine the number of congressional seats each state receives, the 2020 Census redistricting numbers used for redrawing congressional districts are the most eagerly awaited and should be released in a user-friendly tabular format by September 30. These counts will also provide communities with the composition of their populations by race, ethnicity, and age. This data will be available earlier, in mid-to-late August, in a legacy format summary data file that requires user processing.