The week of June 7 to 14 is multiracial heritage week. Over 11 million people in the United States identify as multiracial or belonging to two or more races. In 2010, Arkansas had just over 49 thousand individuals, or about 1.7% of the state’s then 2.92 million residents, that self-identified as multiracial.

Table 1 shows that from 2010 to 2019, Arkansas’ multiracial population jumped from 49,157 to 83,603, an increase of 71%. Multiracial residents are now the state’s third-largest racial group and makeup 2.8% of the total population. The growth rate for multiracial groups far outpaced Arkansas’s overall population growth of 3.3% for this period, a discrepancy possibly attributable to many Arkansans’ growing willingness to declare their racial background. 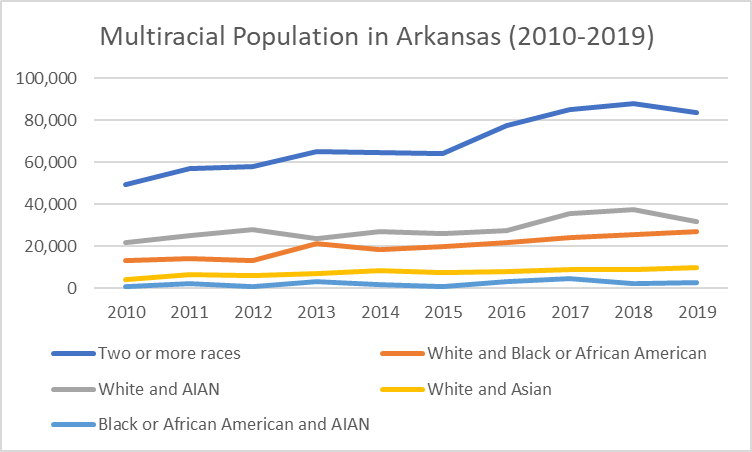 Table 1 – Multi-racial population in Arkansas by combination and year, 2010-2019 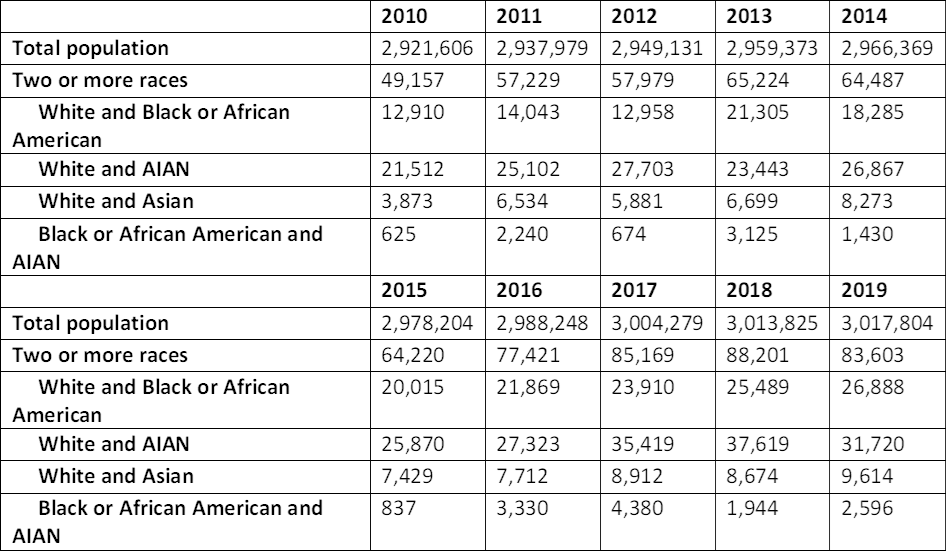