The Census is conducted by the Census Bureau and counts every person living in the United States and five U.S. territories—once, only once, and in the right place.

The results of the census determine congressional representation as well as federal funding for states and communities. Every year, more than $675 billion goes toward hospitals, fire departments, schools, roads, and more.

It's also mandated by the Constitution: The United States has counted its population every 10 years since 1790.

By April 1, 2020, households will receive an invitation to participate in the 2020 Census. They'll then have three ways to respond: online, by phone, or by mail. The census asks basic information such as age, sex, race, and relationship to the head of the household.

Getting the count right matters! Arkansas receives six to seven billion annually in federal dollars based on the results of the national census. These funds support Medicaid and grants for transportation, education, public housing, community development, and dozens of other critical federal programs.

Low participation in the census has grave consequences. Every uncounted Arkansan means a loss of approximately $3,000 each year for the next ten-years and even a 1% undercount can add up to $750 million in lost federal funds. 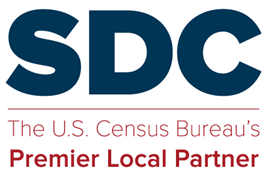