In mid-March, the United States Census Bureau began publishing self-response rates for the 2020 Census. The self-response rate tracks the number of residents who have responded to the 2020 Census by mail, online, or telephone. It is calculated by subtracting the number of housing units that have responded from the total of housing units solicited.

As of July 15, 2020, 56.8% of all households in Arkansas have responded. Although residents have until October to respond to the Census, the current response rate for Arkansas is unlikely to change significantly, given the current slowdown in responses. 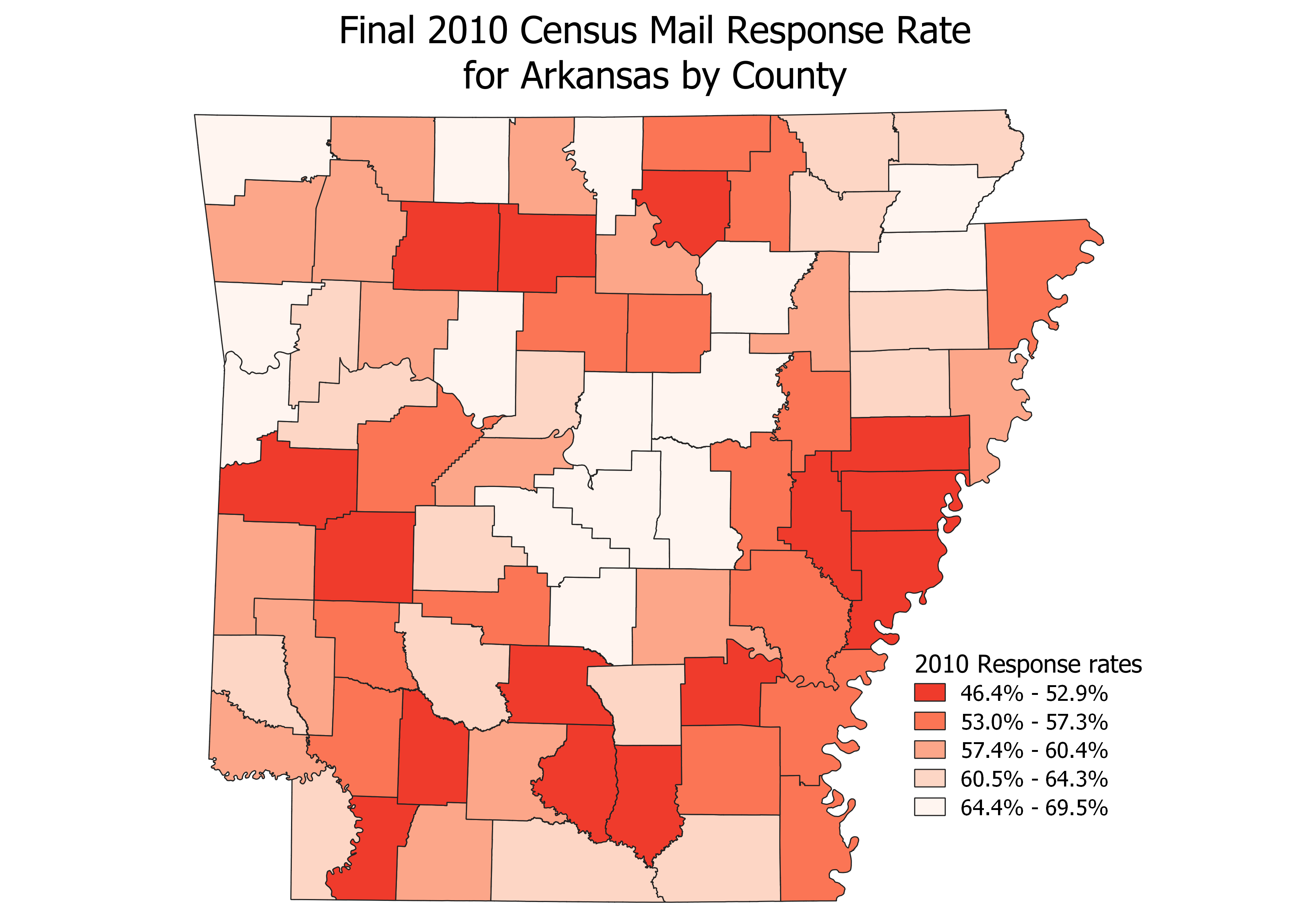 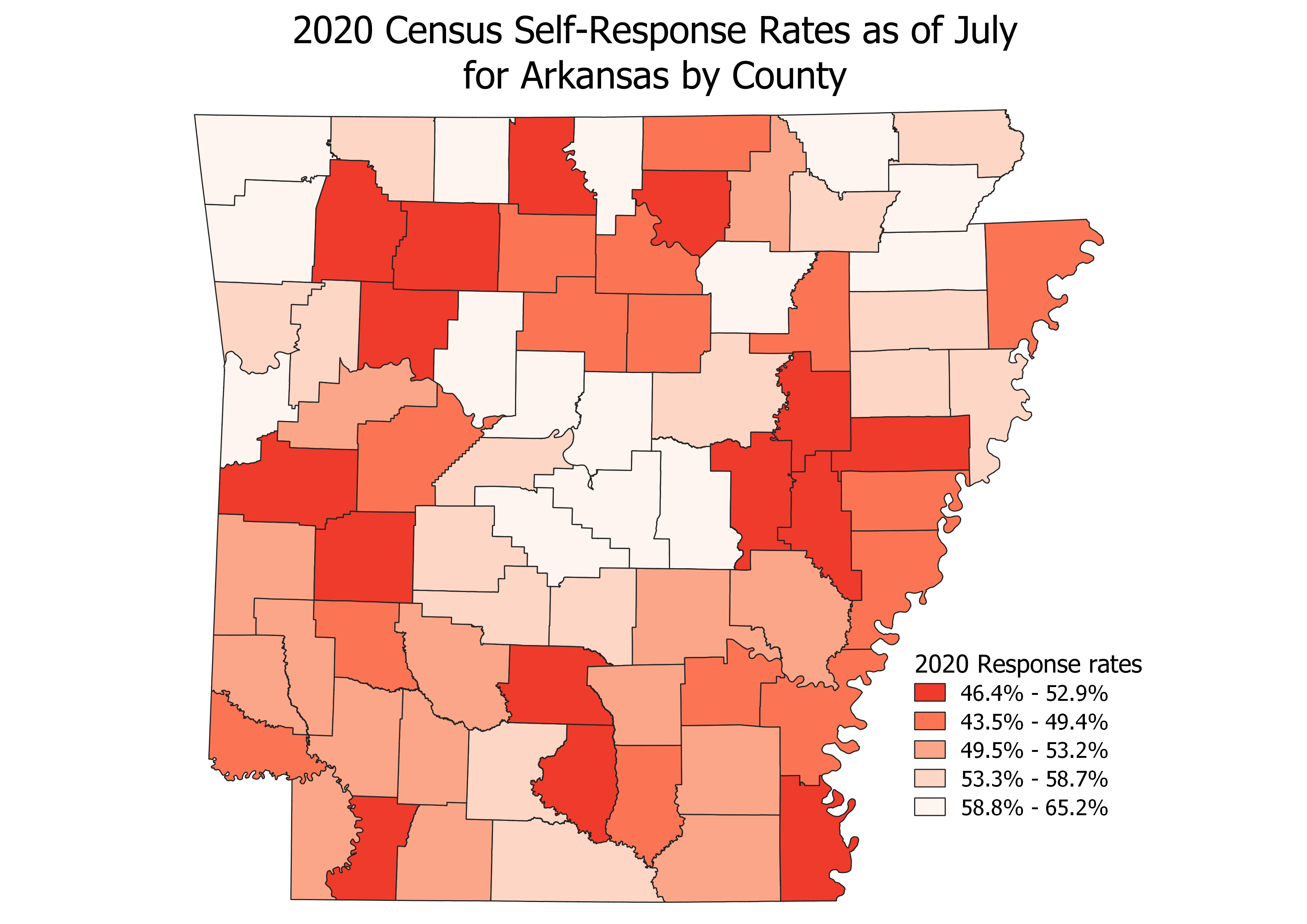 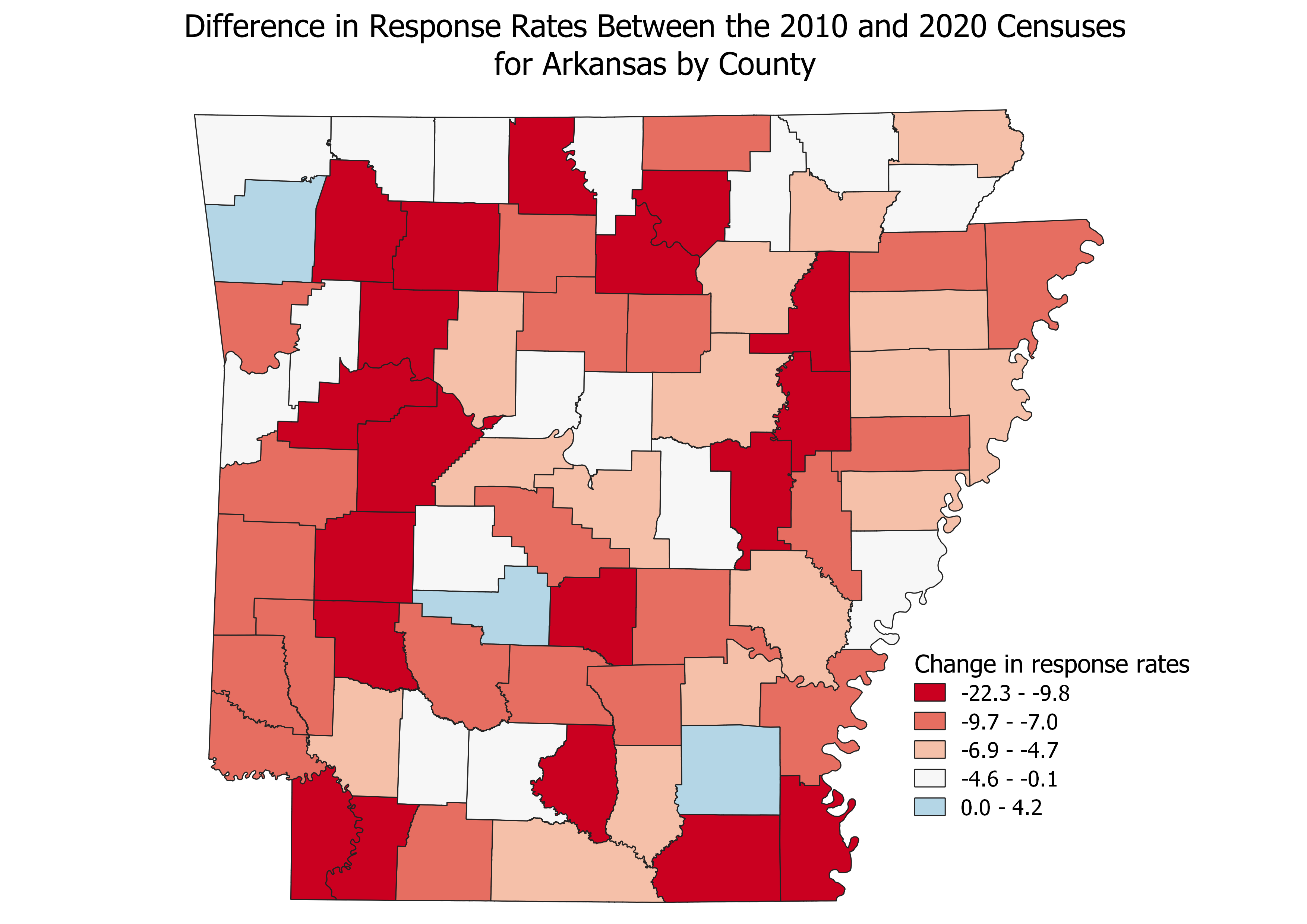 Many of the state’s lower-performing counties are located in ‘Update-Leave’ areas, defined by the Census Bureau as locations challenging to reach by mail. Bureau procedure, which is to send employees to these areas to deliver paper copies directly, was delayed for several months due to the COVID-19 outbreak. Arkansas only recently completed its first round of deliveries, and public preoccupation with the pandemic and the upcoming election may also have contributed to the lower response rate.

Arkansas’s reporting rate can still reach or even surpass the previous Census. Three months remain before the 2020 Census is concluded, and many initiatives are still underway or have yet to begin. The second delivery of questionnaires to update-leave areas starts soon, and the Census Bureau will launch door-to-door enumeration operations as the Census nears completion. When combined with the ongoing work of local and statewide groups to promote the Census, these efforts might enable the state to improve its response rate for 2020 significantly.