As the drive to vaccinate America continues, data from the United States Census Bureau’s Household Pulse Survey (HPS) offers insight into why many Arkansans still resist treatment. The following graphs combine data from the three most recent HPS releases to provide a statistical snapshot of vaccine hesitancy in Arkansas. 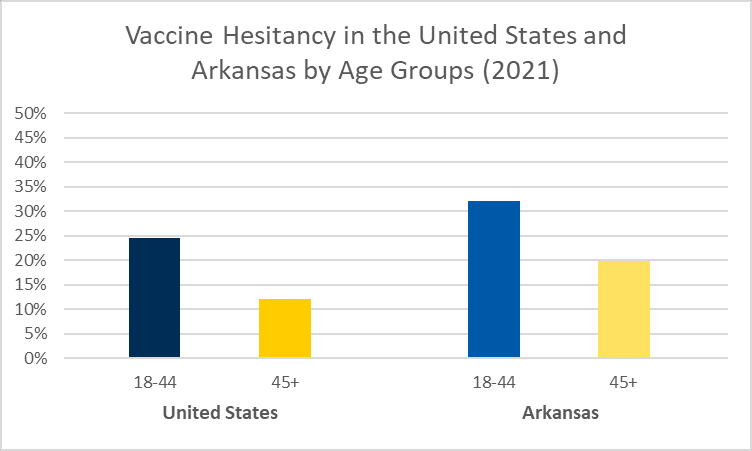 Graph 1 compares the percentage of hesitant (defined as unsure about the COVID-19 vaccine or unlikely to receive it) unvaccinated adults in Arkansas and the U.S. Respondents between 18 and 44 in both Arkansas and nationwide reported a hesitancy substantially higher than those 45 and over. This discrepancy between age groups might reflect public perceptions that only the elderly are at risk from the virus; however, this premise is unsupported by data from Graphs 2 and 3.

While the gaps between younger and older age groups are similar for Arkansas, and the U.S., vaccine hesitancy among Arkansans in both age groups is approximately 8% higher than the national average. 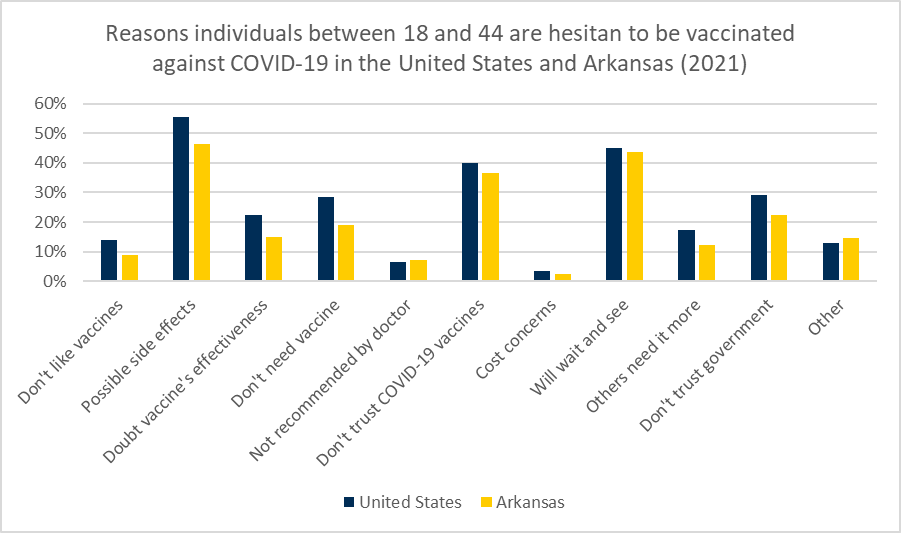 Graph 2 indicates that similar percentages from both survey groups in the 18-44 category cited the reasons for avoiding the vaccine. Worry about possible side effects, lack of trust in COVID vaccines, and a wait-and-see attitude are top concerns for both groups. However, higher percentages of respondents in the U.S. group selected these three options. This discrepancy may be attributed to the tendency of Arkansans to select fewer responses than respondents from across the country. 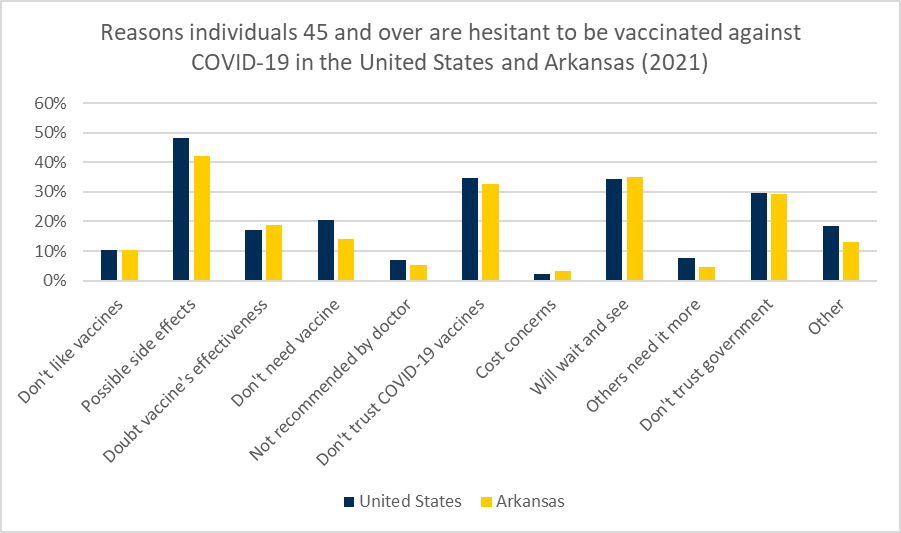 Graph 3 shows that both groups of respondents 45 and older named the same top three reasons to avoid vaccination as the 18-44 age group, but at lower percentages than their younger counterparts. As in Graph 2, the various reasons for avoiding vaccination listed in the survey solicited comparable rates of respondents from each survey group.