With the release of the American Community Surveys (ACS) 2017 5-Year Estimates we can examine the counties of Arkansas on average during the 2013-2017 period. We decided to examine some socio-economic indicators such as number of households, median income, education, and race distribution in order to see how they’re distributed across the counties. 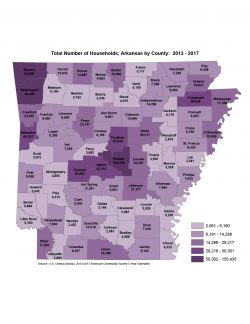 Most counties in the state have less than 14,000 total households, with a median of 7,555 households. The disproportionally large number of households in Washington (84,460), Benton (90,906), and Pulaski counties (155,435) shows how the state’s population is divided between smaller rural counties and the  urban centers of northwest and central Arkansas. 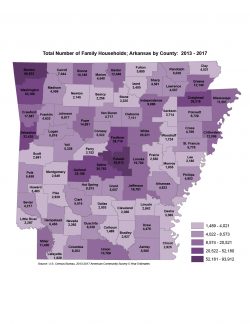 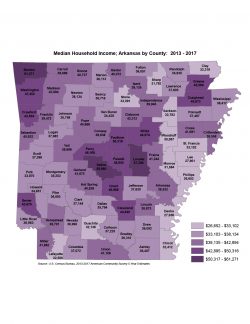 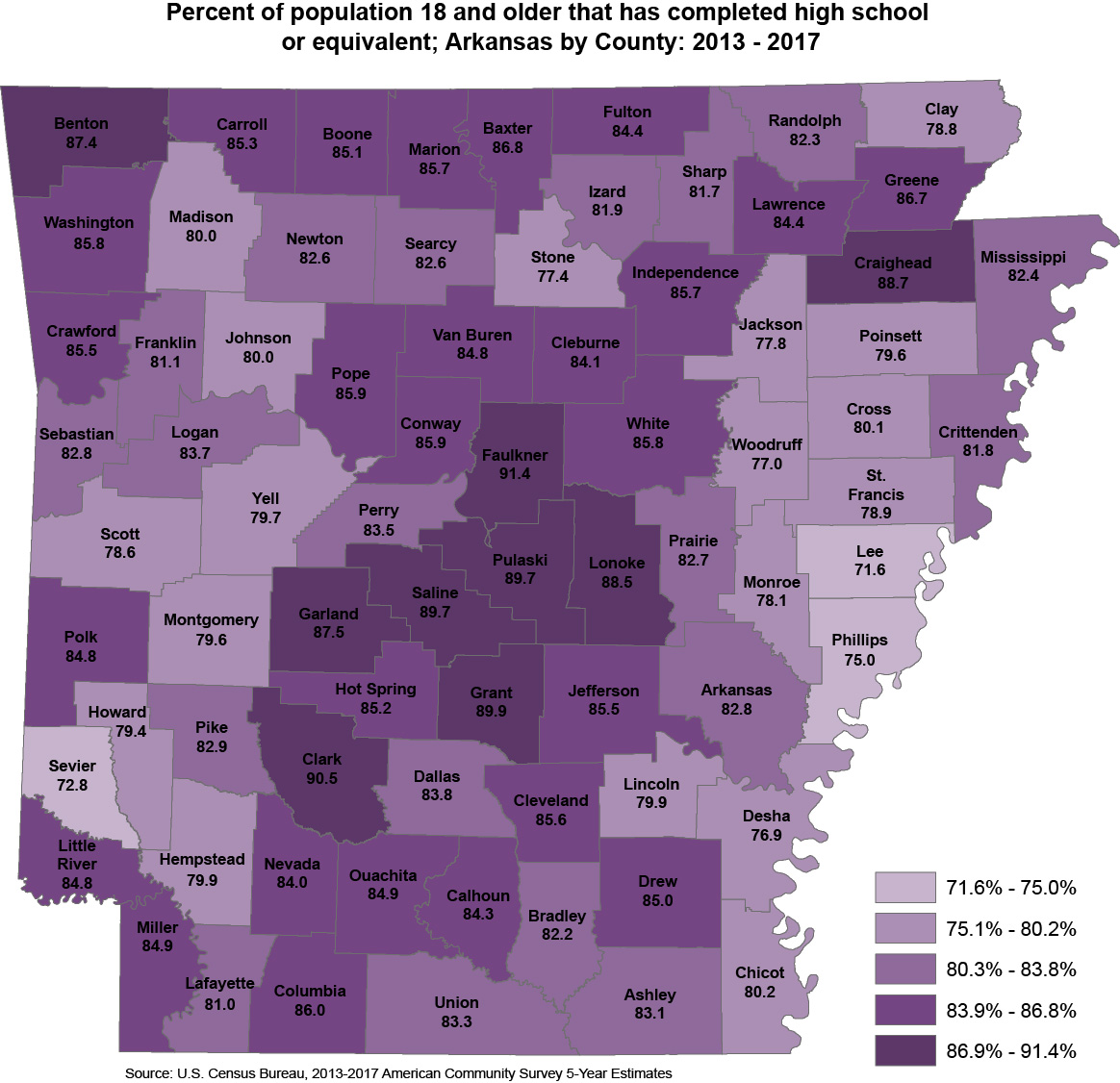 Around 86% of Arkansas population that is 18 years or older has at least a highschool diploma or equivalent. The counties themselves range from percentages as low as 71.6% in Lee County to as high as 91.4% in Faulkner County. We do not know where the population obtained their highest level of education, but we can see that they tend to cluster around the urban centers in middle and northwest of the state, somewhat mirroring our previous map of median income. Also, we can see that the Delta region has 2 of the 3 counties with the lowest percentages of people who have a highschool diploma, while the rest of the counties are all below the median of 83.5%. Lastly we will examine whether the low income and education areas are afecting any groups disproportionately. 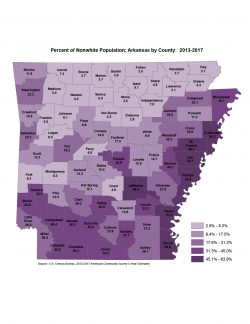 For our purposes, the state’s non-white population is composed of people who identify themselves as Black/African American, American Indian, Alaskan Naitive, Asian, Naitive Hawaiian, Pacific Islander, or other, and in this case there are Hispanics within both the White and Non-white categories. We can clearly see that the non-white population is not distributed evenly across the state. Northwest and north central Arkansas are predominantly white, with the percentages of non-whites in some counties as low as 2.9%. This  contrasts sharply with south and eastern portions of the state where the number of non-whites in six of the seven counties that border the Mississippi River top 50%.

Arkansas is a socio-economically diverse state. As the maps show, there are counties with low income and education levels across the state, however they tend to cluster towards the Mississipi River Delta region. The non-white and white population seems to be divided by an invisible line going from the state’s southwest to the north east, with higher concentration of white people as you move towards the left of the line and non-whites towards the right of the line. However, the data shows that the lower income and education levels disproportionately affects everyone living in the Delta region.