The total population, median age and racial composition of Arkansas has changed significantly during the past decade.

Table 1: Percentage of growth of the population in Arkansas by racial group

As table 1 shows, the population of Arkansas topped three million in 2018, up from 2.92 million in 2010. The white population of the state experienced the largest actual number increase – about forty thousand. However that only constitutes a 1.66% percentage increase among those who identify as white, the smallest increase of any racial group.  Native Hawaiians and Other Pacific Islanders on the other hand, added only thousand people but increased their share of the population by 59.83%. Other racial groups including American Indians and Alaskan Natives, Asians and Hispanic or Latinos saw double digit percentage increases. Black Americans, the state’s second largest racial group, grew by 3.78%. 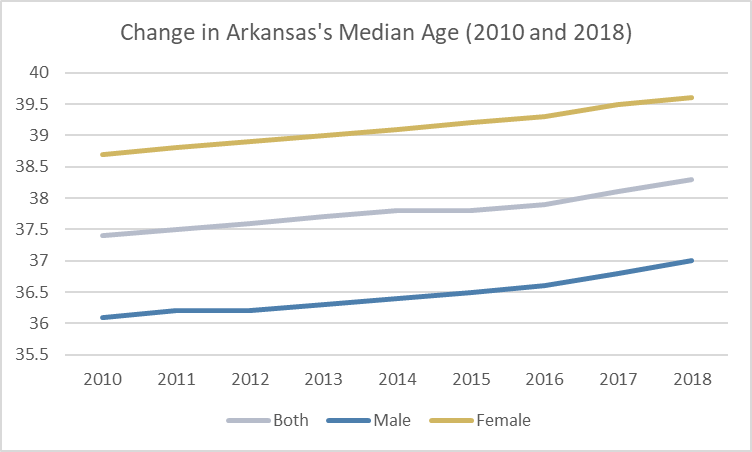 Graph 1 shows that the median age for the state’s total population increased 0.9 years from 2010 to 2018.  The median age for women is significantly higher than men, and that trend has held steady for the period examined.

Table 2: Change in the median age of the population in Arkansas by racial group

Table 2 shows the changes in median age by race. With the exception of people who identify as two or more races, all racial groups and Hispanic or Latino groups showed increases in the median age. The Native Hawaiian and Pacific Islander population increased from 23.1 to 26.4 years of age between 2010 and 2018, the most of any racial group.  The decrease experienced by people who identify as two or more races from 19.7 to 19.6., may be attributable to the inclination of younger people to select multiple races in Census Bureau surveys.