This post uses the Decennial Census and the American Community Survey 1 Year Estimates from 1970 to 2017 to examine changes in population, age, income, and the status of married couples in Arkansas and the United States. 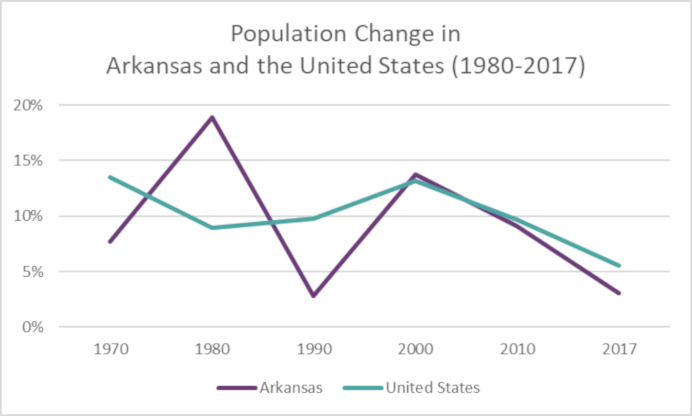 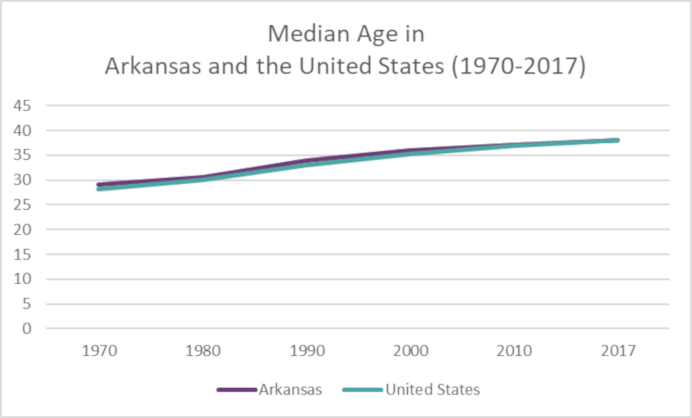 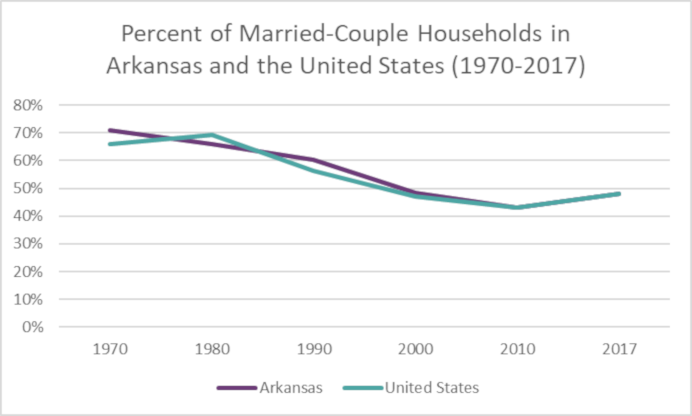 It is important to note that none of the Census documents between 1970 and 2017 count same-sex couples as married couples. 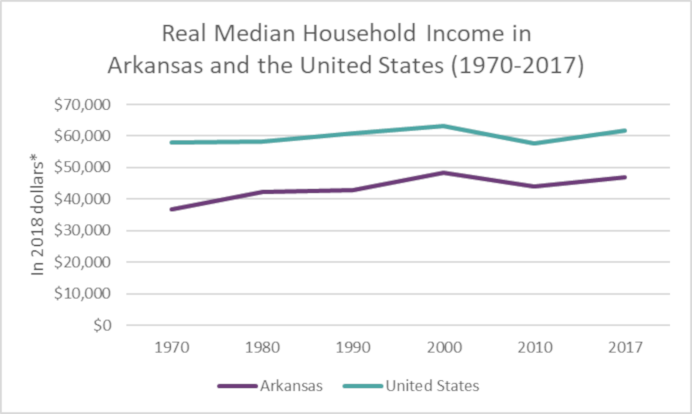 The growth in Real Median Household Income in Arkansas has followed the trend lines of the U.S. as a whole, albeit at significantly lower levels. This indicates that Arkansas, though influenced by national economic conditions, requires a local solution to improve its economic status.

The next post in the series will examine how racial demographics in Arkansas and the U.S. have changed since the 1970’s.