Like the previous post, the data used here comes primarily from the corresponding decennial censuses with the exception of 2017, which uses the American Community Survey 2017 1-year estimates. 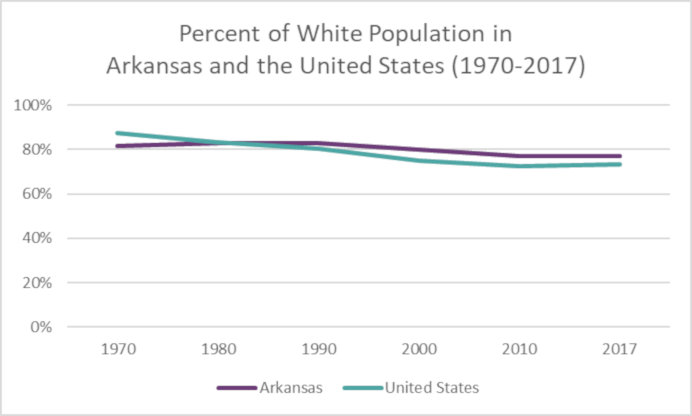 Graph 1 shows that the percentage of the state’s population who self-identify as white held steady between 1970 and 2017, decreasing by around four percentage points. Nationwide this group experienced a decline of around 14 percentage points, dropping from 87.6% to 73.4%. 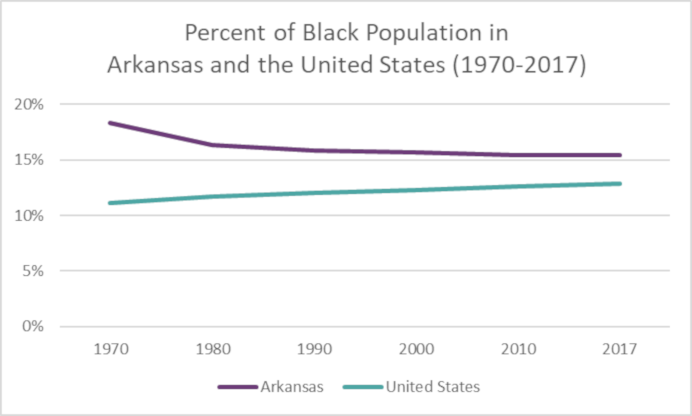 Graph 2 shows that percentage of the population during this period who self-identified as black grew by 2% in the United States and decreased by 3% percent in Arkansas. 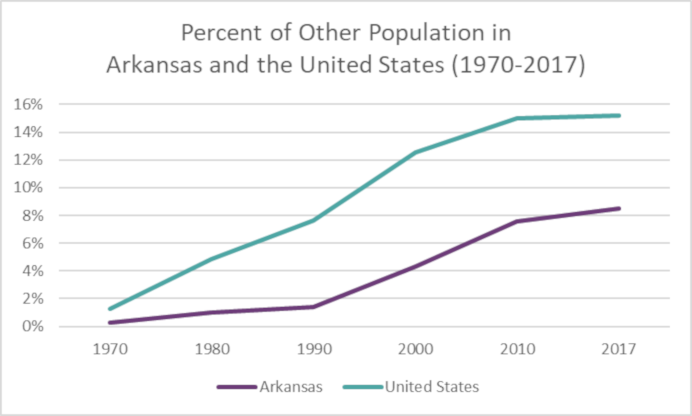 The ‘Other’ category in Graph 3 charts the steady growth of Asian, American Indian, Pacific Islander populations. Overall, the populations captured by this category grew by 8.2% in Arkansas and 13.9% nationwide. The strongest growth period for both the US and Arkansas occurred between 1990 and 2010, when these population groups increased by 8% and 6% respectively.

The third and final post in this series will examine how the immigrant population has changed since the 70s in both our state and the U.S.