Changes in US Foreign Born Population since 1970.* 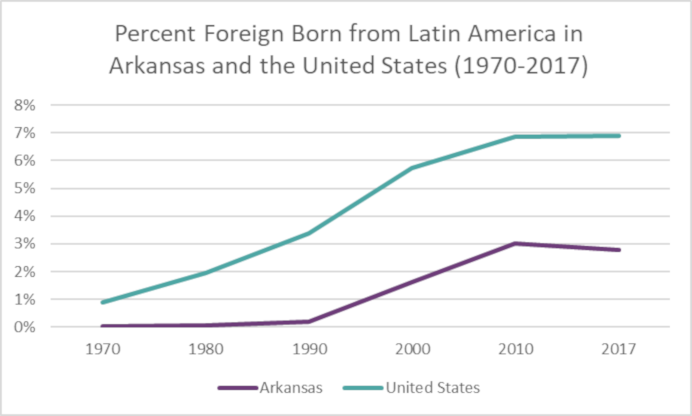 Graph 1 shows that the percentage of the Latin American-born immigrants (comprised of individuals from Mexico, Cuba, la Hispaniola, Central America, and South America) has been increasing in the United States since the 1970s and in Arkansas since the 1990s. These percentages may be even higher since this population is considered ‘hard to count.’ (link to article). 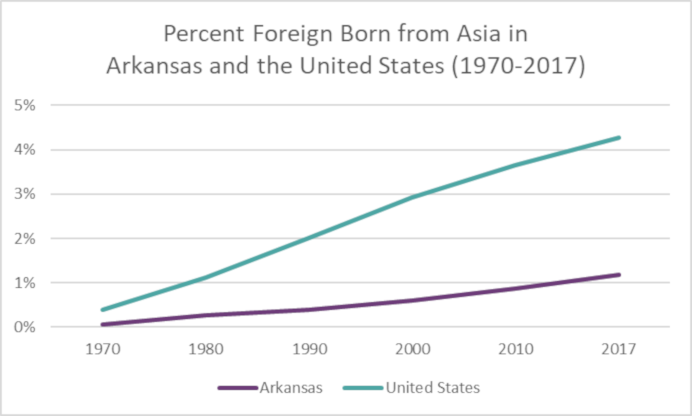 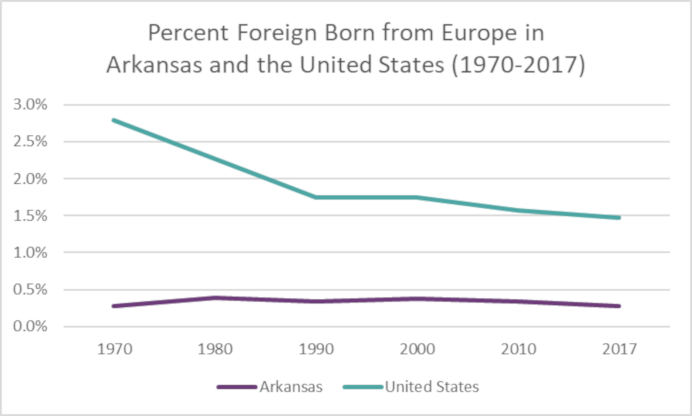 Graph 3 puts immigrants from Europe (encompassing all European countries, including Russia but excluding Turkey) at 1.5% of the population, comprising the third largest share of foreign born people living in the United States. While the percentage of people born in Europe experienced a sharp decrease nationwide between the 1970’s (2.8%) and the 1990’s (1.7%), Arkansas’s percentage of European-born population for this period stayed consistent at around 0.3%. 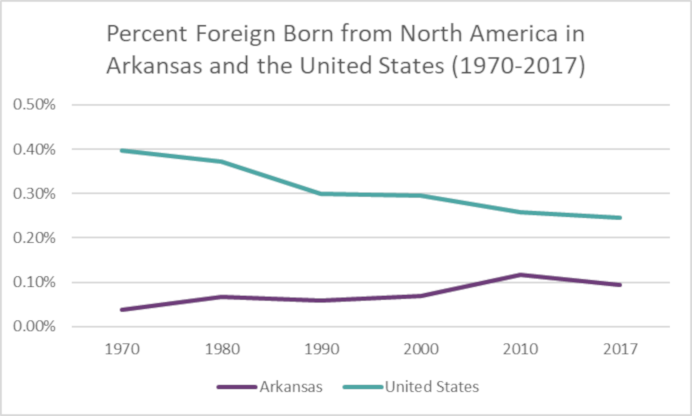 The percentage of foreign born individuals from North America (comprising those born in Canada, Greenland, Bermuda, the West Indies, and Saint Pierre and Miquelon) in the US (Graph 4) has decreased steadily since the 1970s. By contrast this population in Arkansas experienced a modest increase from 0.03% to 0.09%. 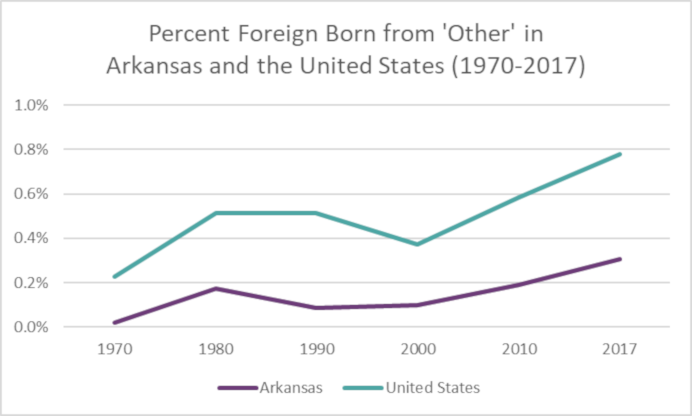 Graph 5 charts people born in an ‘other’ country, such as Africa and Oceania, and those who did not report which country they were born in. This category was compiled to maintain consistency with older decennial Census data and does not allow countries included to be separated and compared individually. The percentage of foreign-born individuals coming from ‘other’ countries has increased overall in the United States and Arkansas since 1970, experiencing a lull in growth between the 1990s and 2000s.

The composition of the population of Arkansas and the United States has changed rapidly since 1970. In 2017 foreign born individuals made up 4.7% of the total population in Arkansas and 13.4% in the United States. In 1970 these percentages were just 0.4% and 4.7% respectively. The majority of this population growth originated from Asian and Hispanic countries and can be attributed to the passage of the Immigration and Naturalization Act of 1965, which eased restrictions on foreign immigrants from non-European countries.

*Since Census Bureau categories for tracking the foreign-born population have changed during this period, they have been compiled to insure comparability.