The United States Census Bureau recently launched the Household Pulse Survey (HPS) to chart the social and economic effects of COVID-19 on American households. HPS is a 20-minute online survey sent to households scientifically chosen to represent the entire population. Selected individuals are asked questions to determine how their lives and livelihoods and those they live with have been affected by the ongoing crisis.

Created in collaboration with five other federal agencies, HPS provides weekly data reports on employment status, food security, population health, and other critical metrics. Begun in late April, these reports make it possible to track the impact of COVID 19 on Arkansas’s working-age population from early May to early July. 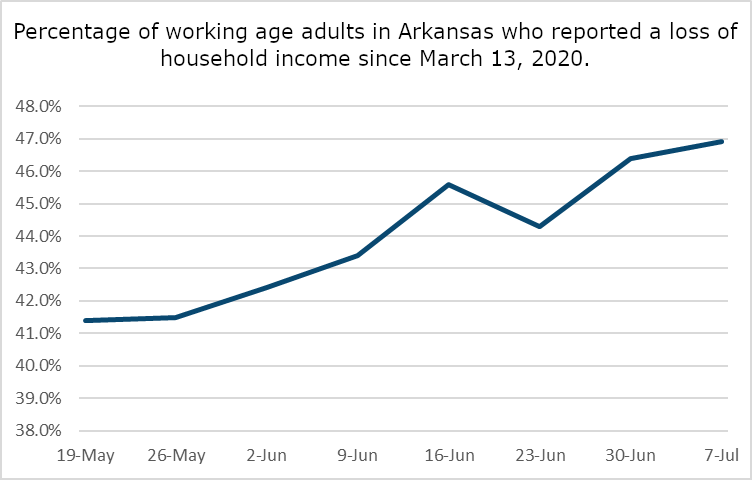 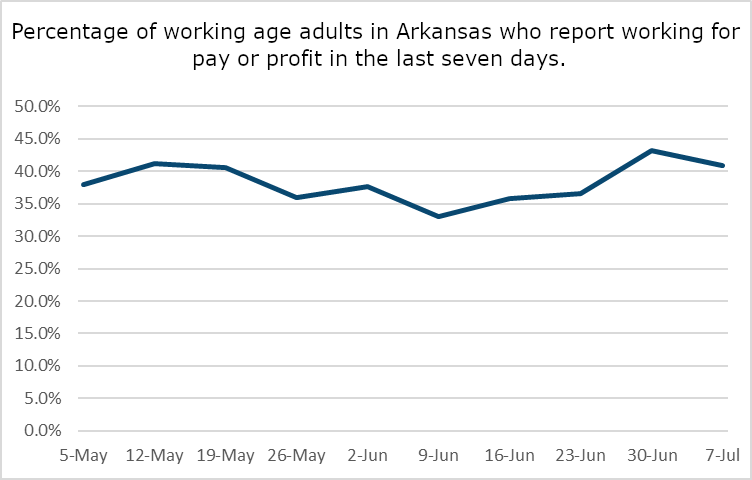 Although the overall percentage of working-age adults in Arkansas who reported working in the last seven days increased slightly from 38% to 40.9%, the report rate fluctuated significantly during the nine weeks covered by Table 2. During June 2-9, the percentage of those who reported working fell to 33% but jumped to 43% three weeks later before plateauing at just above 40% by July. 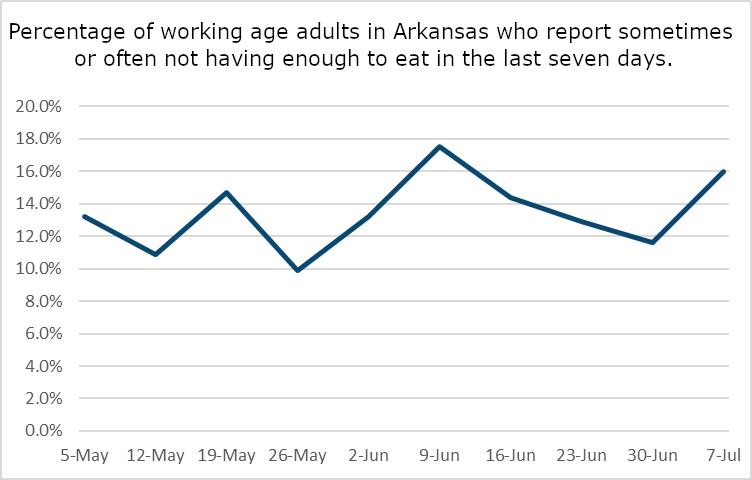 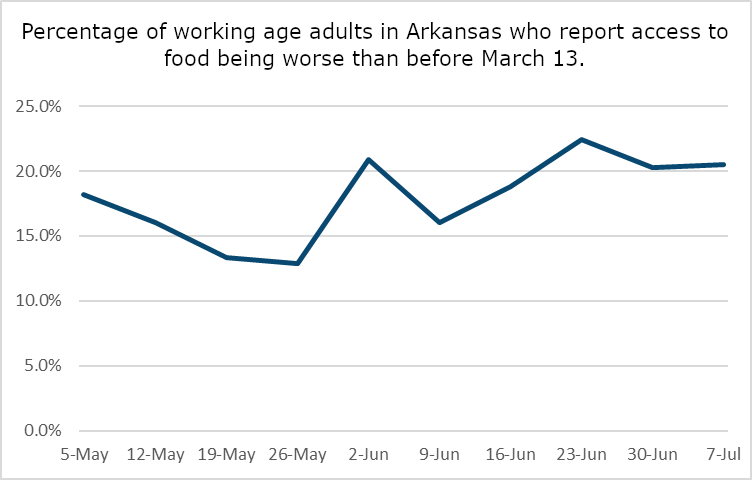 Table 3 indicates that the percentage of working-age adults who report that their household sometimes or often does not have enough to eat varies widely from week to week but does not appear to follow any specific pattern. In contrast, Table 4 charts a steady increase in the rate of Arkansans that report that they have a harder time accessing food since March 13 despite some volatility in the fourth and fifth weeks of the reporting period. 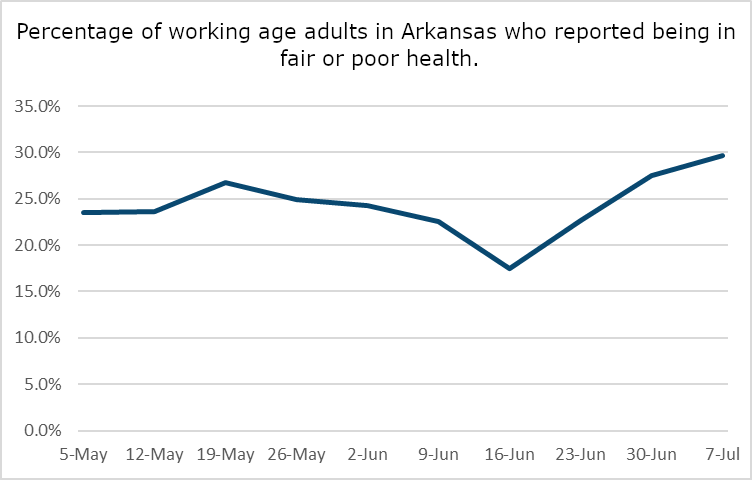 High rates of working-age adults in Arkansas believe themselves to be in fair or poor health. Table 5 places the percentage at 29.7% for the end of the reporting period, a 13% increase since mid-June, and nearly ten percentage points above the national average for the same period.