According to the new population estimates released by the Census Bureau today, Tontitown was the fastest-growing city in Arkansas by percent change and Bentonville had the largest numeric gain from April 1, 2020 to July 1, 2021.

Seven of the ten fastest-growing cities and seven of the ten places with the largest numeric gain were in Northwest Arkansas, specifically in Benton and Washington Counties.

Tontitown experienced the largest growth of 30.0%. Tontitown was followed by Highfill (18.3%), Austin (16.0%), and Centerton (12.0%) which all increased by over 10 percent. The only three places in the top ten that are not located in Northwest Arkansas are Austin (Lonoke County), Bono (Craighead County), and Alexander (Pulaski and Saline Counties). 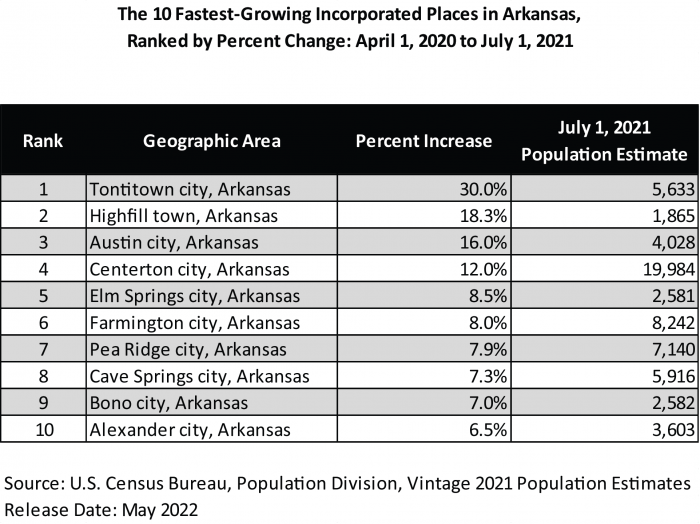 Bentonville topped the list of the places with the largest numeric increase, growing by 2,614 people since April 1, 2020. Behind Bentonville were Centerton (2,137), Fayetteville (1,648), Conway (1,465), Rogers (1,359), and Tontitown (1,300) which all gained over 1,000 people. The only three places in the top ten that are not located in Northwest Arkansas are Conway (Faulkner County), Jonesboro (Craighead County), and Benton (Saline County). 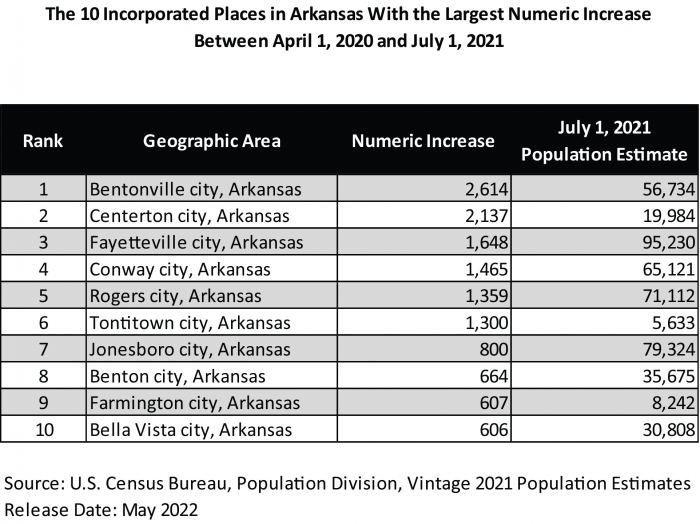 Three cities, Tontitown, Centerton, and Farmington, appear in the top ten for both numeric increase and percent change in population. All three of these are located in either Benton County or Washington County.

Little Rock remains the largest city in the state of Arkansas, with its population more than double the next highest city, Fayetteville. The only change to the top ten cities from Census 2020 occurred when Conway passed North Little Rock in 2021 to become the 7th largest city. 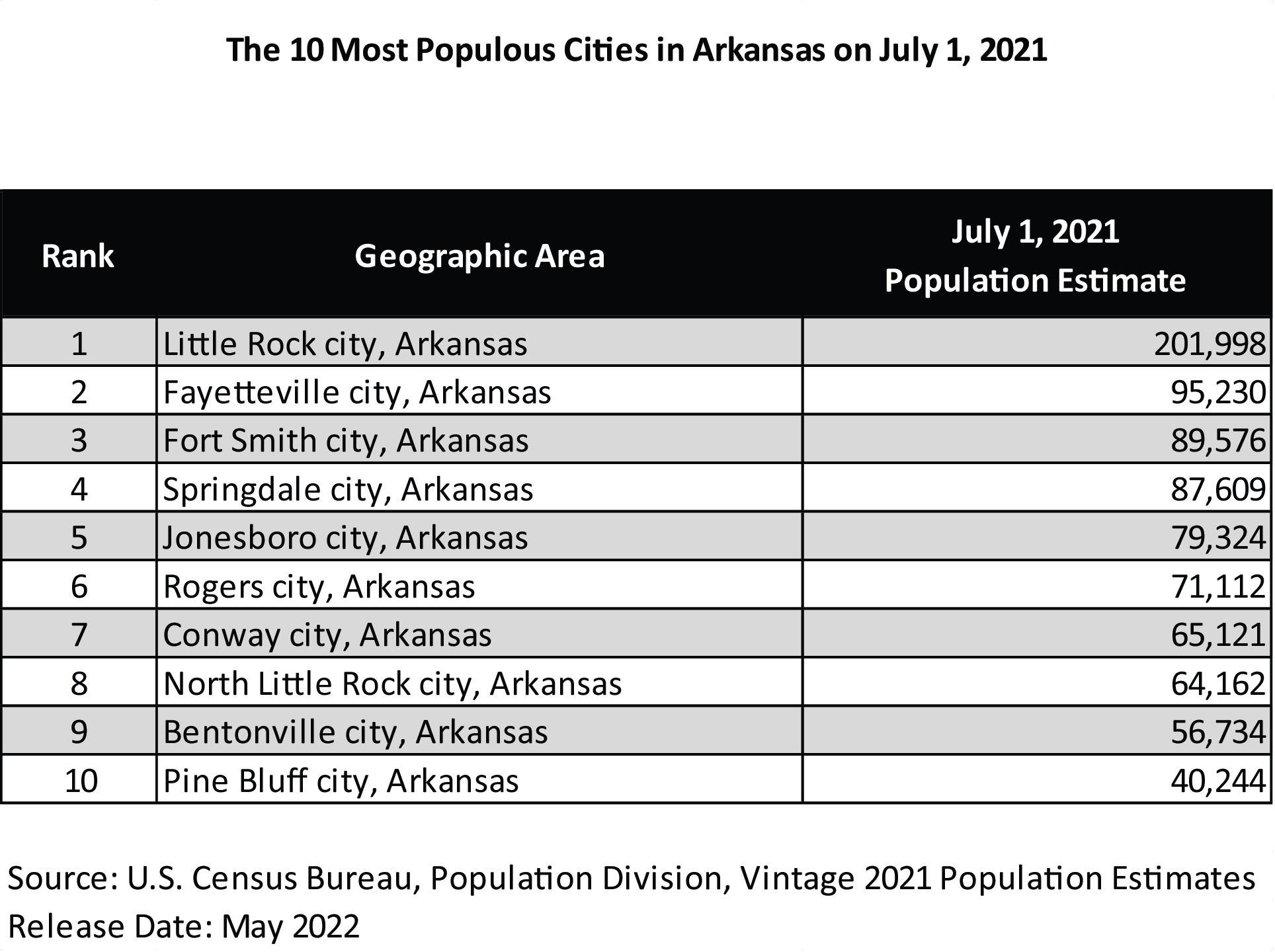 If you are interested in exploring more city and town level estimates you can visit the interactive page or visit the population estimates page with downloadable files.